You are here: Home / News / Mexim Garage Doors: For Sale in Aruba

The Crowning Jewel of Your Homes

There has been a great change in the way that the doors and windows of our homes are being viewed. Over the years, doors and windows have been seen as mere functional segments of the house. Not anymore. Instead, windows and doors have been expected to be much more stylish and valued. The same is slowly becoming true of Mexim garage doors.

You might think that garage doors only came about after the car was first invented by Karl Benz in 1886. You would be wrong to think this. Even before the term ‘garage doors’ came up there already were garage doors as far back as 450 BC. For where else would Romans store their chariots?

Meanwhile, evidence from a brochure shows that the ‘upward lifting’ (instead of the side sliding) garage door has been around since 1906.

Why Mexim is the Number Choice

In Aruba, garage doors didn’t become a thing until a few years ago. That’s when Mexim Intl proved that garage doors were not only essential to the house for their first purpose. They were also essential because they served to add aesthetic value to the dwelling.

Thanks to Mexim, Aruba has come to know that garage doors can be quite versatile.

Garage doors can be designed to complement the motif of the house and to meet your personal preferences. And, like the front door, the garage door can be made the main attraction of your house.

The garage doors draw the eyes in primarily because of its size. Designed expertly, the garage doors could serve as a greater canvass for your artistic side. More than the front door can ever hope to achieve.

Of course, this is not to say that functionality should go out the window. Let us reiterate that the aesthetics are secondary for doors. Your garage doors still have to reliably perform their primary job and that is security and protection.

While your Mexim garage door is designed to provide security and protection, there are a few matters that you should take into consideration:

So, what are you waiting for? If you’re in the market to acquire the most durable and the best-looking garage doors or even just improve on the garage door you already have, pick the only one trusted by Dutch company Jan Karssen to be their partner in Aruba and the whole of the Caribbean.

Call us now. We’ll send a Mexim garage door expert to your house right away. You can tell him what you want, and he can advise you on the most pragmatic way to realize your vision. We will also make sure to follow your own budget and complete the project within the time frame you give us.

At Mexim, we guarantee the highest quality materials to make sure your family and your hard-earned valuables are safe. We also have the widest range of Mexim garage doors designs. Pick up the phone and call us now! 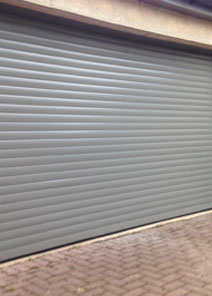 Where to Find the Best Quality Aluminum Windows & Doors in Aruba

ClickitUp Glass Balustrade Solution New in Aruba
Translate »
This website uses cookies and similar tools to improve the functionality and performance of this site and services, to understand how you use our services, and to provide you with tailored ads and other recommendations. Third parties may also place cookies through this website for advertising, tracking, and analytics purposes. These cookies enable us and third parties to track your Internet navigation behavior on our website and potentially off of our website. By continuing your use of this website, you consent to this use of cookies and similar technologies. Ok
Scroll to top